Former YAC Members: Where are they now?

After graduating from Boyne City High School in 1993, Richard attended the University of Michigan and earned a BA in Film & Video Studies, with an additional focus in English.  Richard is self-employed, founding Hartwell Digital Media in 2003.  His business has evolved to focus on video production.  He has produced corporate videos, product demos, college recruitment and fundraising videos as well as having the opportunity to work on several projects with George Colburn, a documentary filmmaker from the Walloon area.  And that’s only a portion of his business accomplishments!  When Richard starts feeling he’s beaten down with deadlines and stressed from working well past midnight during peak business cycles, his mother would remind him of the following quote: “A champion is someone who gets up when he can’t.” from boxer Jack Dempsey.

Richard is a member of both the Petoskey and Traverse City Chambers of Commerce.  Over the years, he has volunteered his video services to Camp Quality and has volunteered with the Michigan Adaptive Sports winter program at Crystal Mountain.

His participation in YAC helped Richard in numerous ways, but especially in noticing things around him, and then evaluating solutions to ensure a better outcome in the future.  He also learned lessons in teamwork, such as how to listen to others and then work to reach common ground.  Further, he learned about ambassadorship and professional conduct.

His advice to high school students is to ask BOTH “What your county can do for you and what you can do for your county.”  Help make things happen, support local non-profits that provide services to youth in your area, volunteer at a soup kitchen, or keep a river clean.  Study hard to be successful so that someday you can give back to the community that stood behind you.

After graduating from Beaver Island Community School in 2001, Abbie attended Olivet College and then transferred to CMU to earn a Bachelor of Science with a focus in Athletic Training/Sports Medicine.  Currently Abbie resides in Charlevoix with her husband and three sons.  She is employed at 4Front Credit Union as Branch Manager/Loan Officer.  Abbie believes that if life opens a door to you, then you need to walk through it.

Abbie stays active in her community as a member of the Rotary Club of Charlevoix and the Charlevoix Township Planning Commission. In addition, she is a Charlevoix Chamber Ambassador, volunteers as a STRIVE Mentor and serves on the Leadership Charlevoix County Board of Directors.

Being a part of YAC taught her that it takes a lot to make the world go round and she demonstrates that belief by being so actively involved in her community.  Abbie’s advice to those in high school is to enjoy your experience for everything it is.  Even though you may feel you are ready to be done with small town living, there will be a time in your life when you will yearn for that place called home and everything that comes with it. 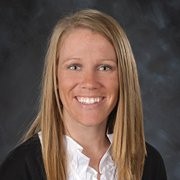 After graduating from East Jordan High School in 2001, Heather attended Grand Valley State University and double-majored in Marketing and Business Economics.  She most recently worked at Whirlpool Corporation in Benton Harbor, MI for over 4 years.  During that time, she was a Senior Brand Manager for the Maytag Brand; and then Senior Channel Marketing Manager for the Whirlpool portfolio of brands at Sears.  Heather notes that she believes in challenging herself in her career, if she is uncomfortable, she knows that she is continuing to grow.

Heather remains active in her community by volunteering at the local food bank, Habitat for Humanity, United Way events and coaching Girls on the Run.  She has also served on the Associate Board of Ambassadors for the Chicago Chapter of the American Cancer Society.

Heather is inspired by the following quote from Maya Angelou:

Her participation in YAC made a lasting impact on her desire to be involved in her community, regardless of where she is living.  Even with a busy career, she strives to dedicate time to giving back. Heather says, “There is always an opportunity to get involved and made a difference, big or small.”  Heather’s recommendation to high school students is to get involved, find something to feel passionate about and give 110%.  “There will always be competing priorities but keep the things that matter most in your forward vision and you will never look back with regret,” she said. 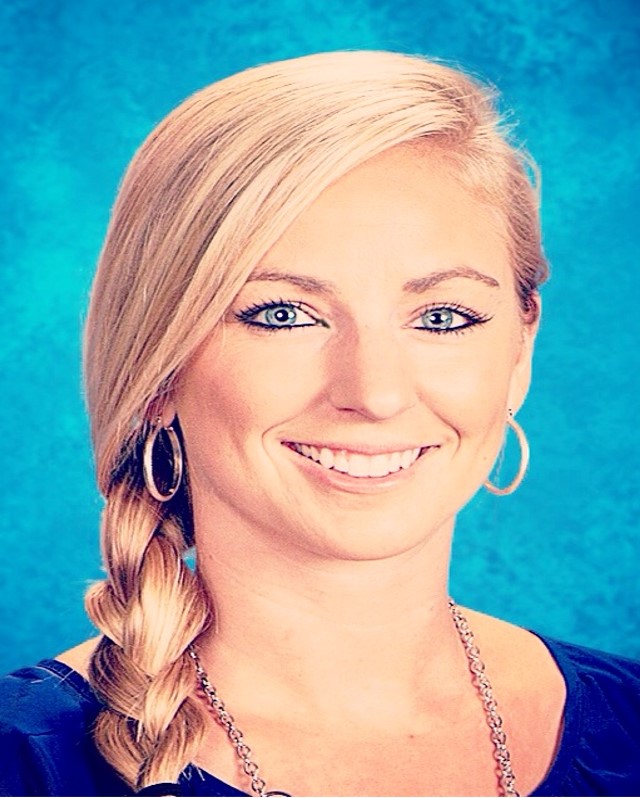 After graduating from East Jordan High School in 2006, Sierra went to Adrian College to study business.  While at Adrian she participated in basketball and cross country and then found a hidden talent in playing lacrosse.  Sierra joined the first ever collegiate varsity lacrosse team in the State of Michigan!  She later transferred to Central Michigan University and graduated with a major in Business Teacher Education and a minor in Physical Education.  Shortly after starting her teaching career, Sierra was thrilled to be offered a position at her high school alma mater!  She has been teaching business, coaching, and volunteering at EJHS for 4 years.  In addition, during the summer, Sierra enjoys helping to manage the Landing Restaurant which she compares to being on vacation with friends!

Growing the seed of philanthropy that was planted during her years as a YAC member, Sierra started the annual purple games at East Jordan Public Schools which raise money to provide gas cards to help community members with cancer.

It's not surprising that Sierra's favorite quotes are:
"You will never have this day again, so make it count."
"If you want something, work for it!"

Participating in YAC made her aware that there are many great non-profit organizations in Charlevoix County that are doing great work.  She also learned that you can make a difference, no matter what your age.  Sierra's advice to high school students is to get involved, try new things and spend as much time with your friends as you can while you all live in the same town.  You don't need to know your entire life plan in high school, but high school will set you up for your future.

patrick gowell,  with his wife Nicole and son Nolan 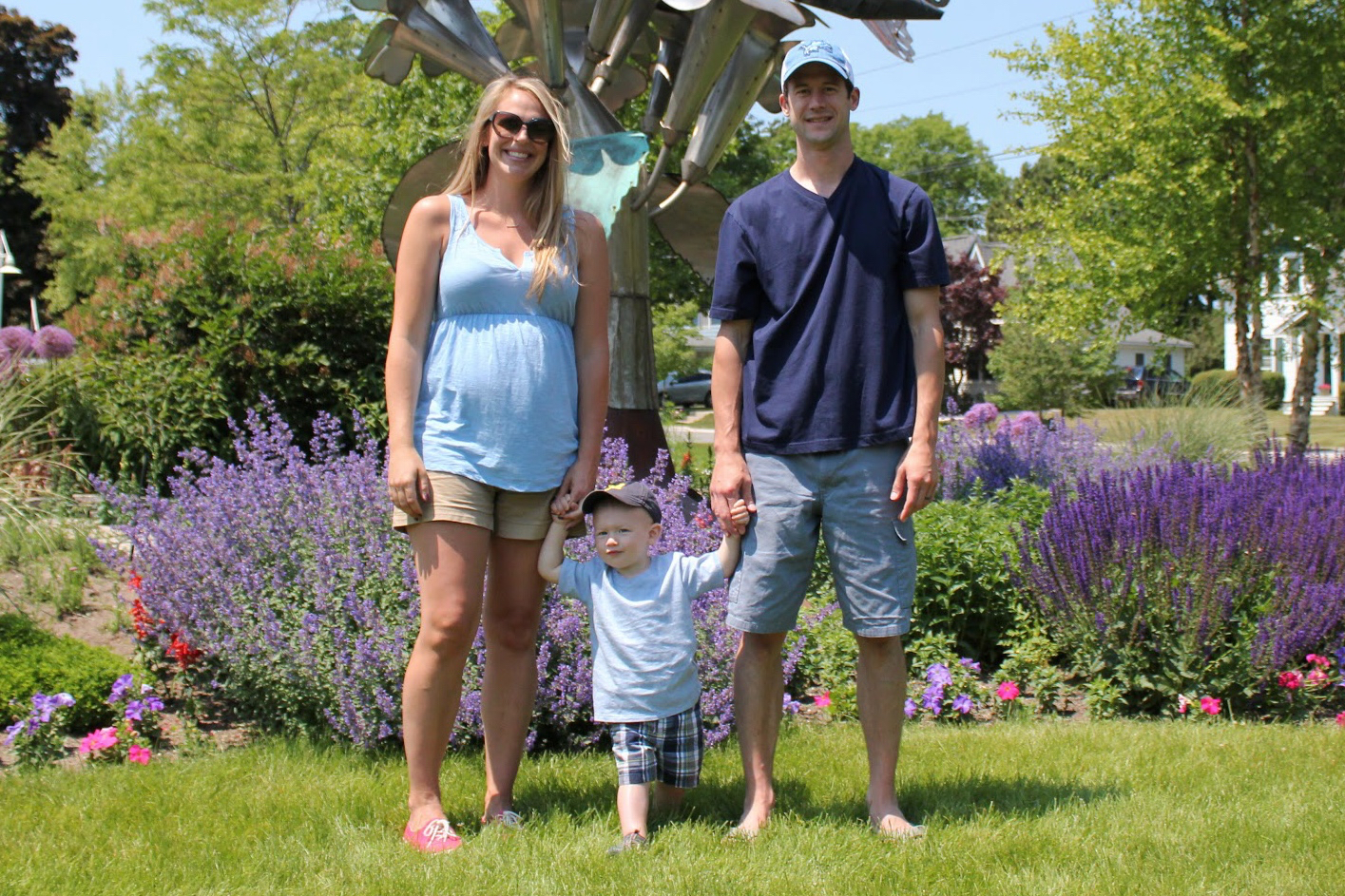 After graduating from Charlevoix High School in 2002, Patrick went to the University of Michigan where he earned a Bachelor’s of Science in Engineering with a concentration in Electrical Engineering.  He is currently employed as a Principal Clinical Specialist for Medtronic working in the Cardiac Rhythm and Heart Failure Management Division.  His territory is the greater Cleveland area where he supports physicians during surgeries implanting cardiac devices, educates doctors and health professionals regarding new products, assists in evaluating previously implanted cardiac devices, and acts as a technical resource.

Patrick continues to grow the philanthropic roots that were planted during his YAC experience.  This year, Patrick was proud to contribute to Challenge America, a program aimed to help returning servicemen find employment.  In 2010 he volunteered with CardioStart International in Ghana, Africa, helping a physician implant pacemakers that Medtronic had donated.

Patrick’s favorite quote:   “Be the change you want to see in the world.” –Ghandi