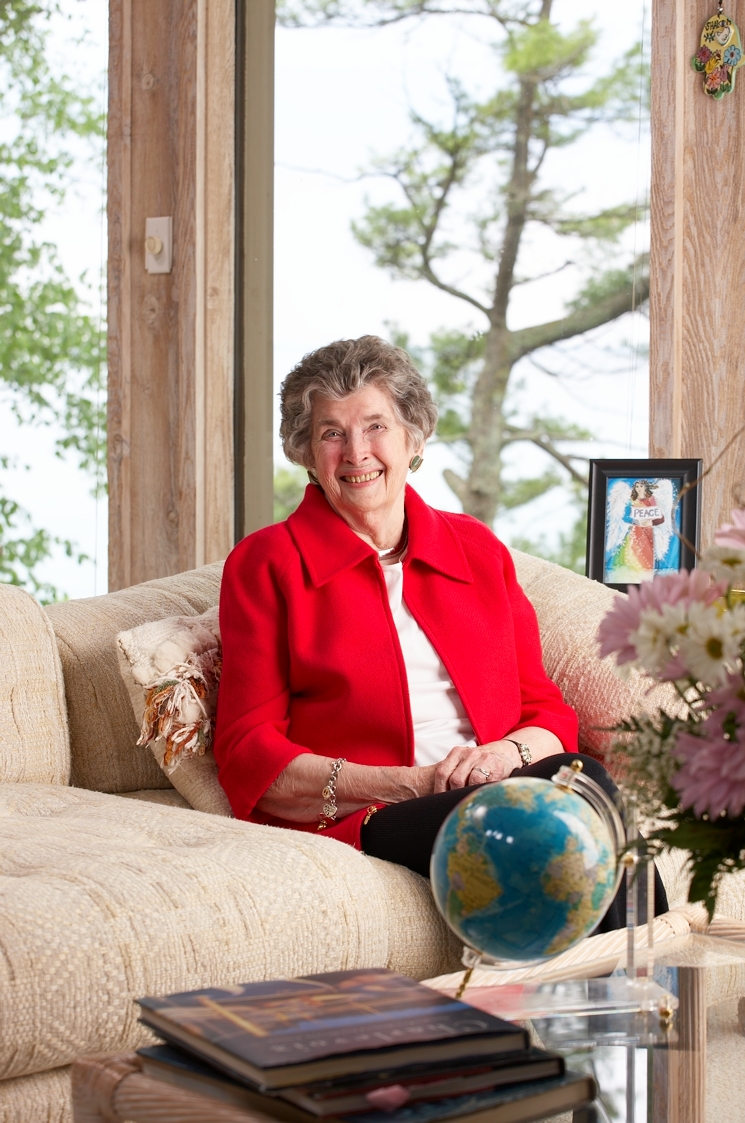 Barbara lived with her husband Bruce and four daughters, Laurie, Karen, Marjorie, and Nancy, in Flint before moving north to Charlevoix. Throughout her life, Barbara observed that natural resources often created conflict, which led to her lifelong effort to encourage environmental stewardship and peace. She was engaged in several environmental efforts in the area, like Idle-Free Charlevoix, as well as beautification projects through the Charlevoix Area Garden Club, Keep Charlevoix Beautiful, and the Charlevoix Shade Tree Commission. “She was really ahead of her time in understanding the value of preserving the environment, especially in a beautiful community like Charlevoix,” says daughter Laurie MacArthur.

When Barbara became ill with a very rare form of leukemia, she and her family decided to establish the Barbara G. MacArthur Peace Fund at the Community Foundation to serve as a catalyst to promote peace and cultural understanding. The Fund made grants as often as possible for ten years, often supporting the Model United Nations program in Charlevoix Public Schools. “The Community Foundation reached out to me when it became clear that the purpose of my mother’s fund was too narrow to have the impact we initially imagined,” explained Laurie. “We worked with the Community Foundation to determine several options for the Fund, which became the topic of conversation for several conference calls between my sisters and me.”

Barbara’s daughters ultimately decided to honor their mother’s deep affection for her community by modifying the Peace Fund to establish the Barbara G. MacArthur Fund for Charlevoix. “She loved this area dearly,” says Laurie, “and we’re so pleased that her legacy can live on through the Fund”.