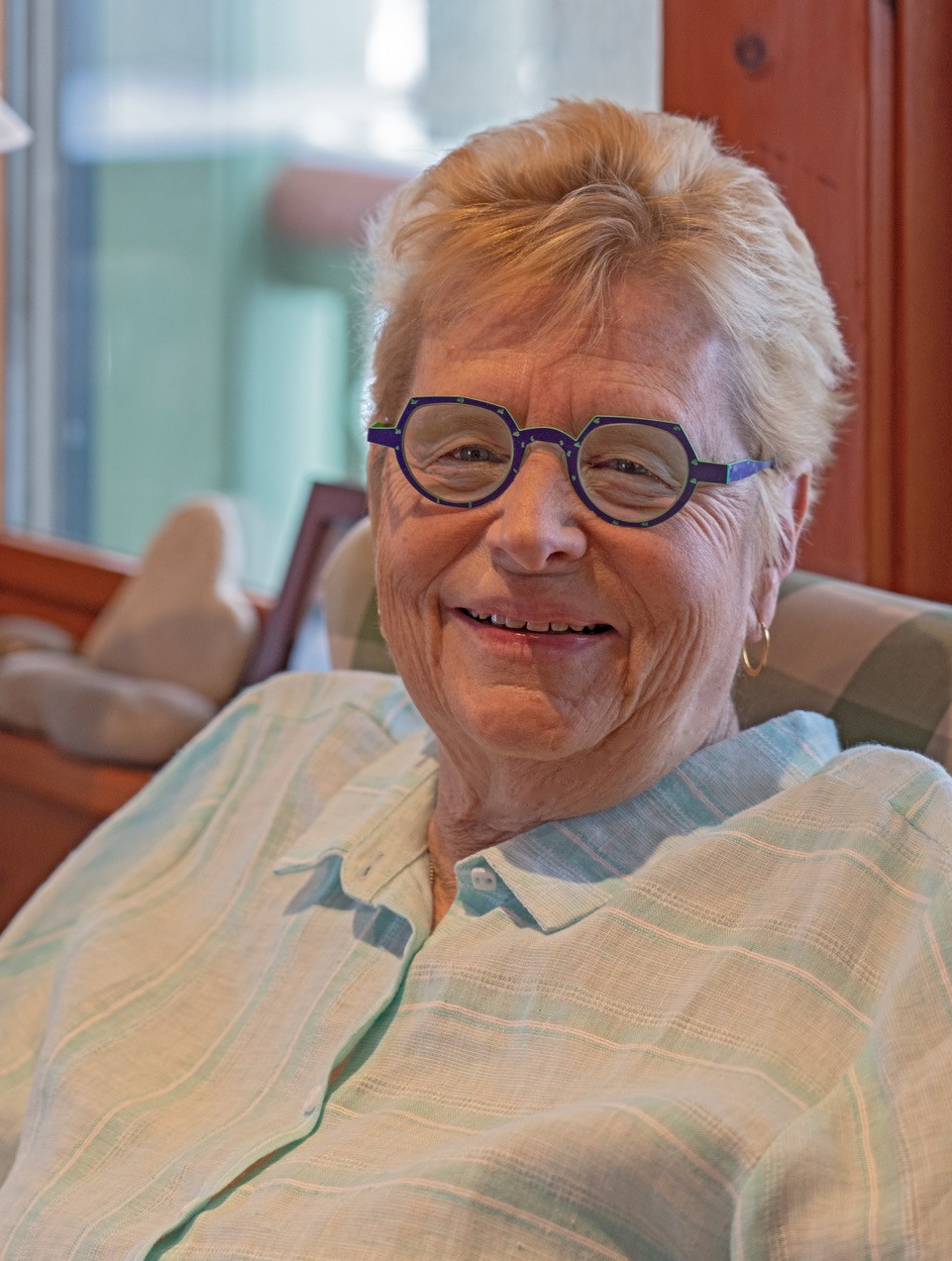 When she was a young child, Babs and her family began visiting a small resort at the north end of Torch Lake when they vacationed. Babs, her parents, and her younger sister had visited northern Michigan for over 20 years when the cottages at the resort were put up for sale. Her parents bought the cottage and the property has been a steady connection to the area over time.

Though her public schools in southeastern Ohio did not employ an art teacher and she never took an art class, Babs loved to draw and create. When she attended Purdue University, she found her way to art education.  Over the course of her career, Babs taught all ages – “from kindergarten through college” - spending the greatest portion of the 30+ years in an elementary school art room in Bexley, a suburb of Columbus, Ohio. “One of the best parts about teaching, of course, was that when the school year was done it was DONE,” says Babs, “so I spent most summers at the cottage.”

Nearing retirement, Babs and her partner, Betty Jo, who was already retired from Ohio State University, decided to build a new home on the cottage property. This endeavor took three years, but in 2002, Babs retired from the Bexley School District and they moved full-time to the Torch Lake area. Since then, Babs has become engaged with Jordan River Arts Council (JRAC) in East Jordan. Initially, she volunteered to help improve an artists-in-schools program; in time, she became a committed board member. Babs has also lent her skills and energy to Art Rapids, a newer organization based in Elk Rapids that created the “Walk of Art,” a hike in the Elk Rapids Day Park that features over 30 sculptures.

When Babs reached out to the Community Foundation, she knew she wanted make a future gift – a plan to use assets when she passes away that won’t cost her anything now – for this area she loves. “I’ve lived here for almost 20 years now and many of the families we saw every summer in the 1940s, 50s, and 60s, some of them live here now too. These are people I’ve known my entire life,” notes Babs. Through discussion with Community Foundation staff, Babs decided on a plan that will support the Community Endowment and the arts community she has nurtured with her time. “Of course art is important to me,” says Babs, “but more than that, it’s that art encourages connection between people. I hope this gift will do that someday.”

Learn more about how you, too, can leave a legacy with the Community Foundation.