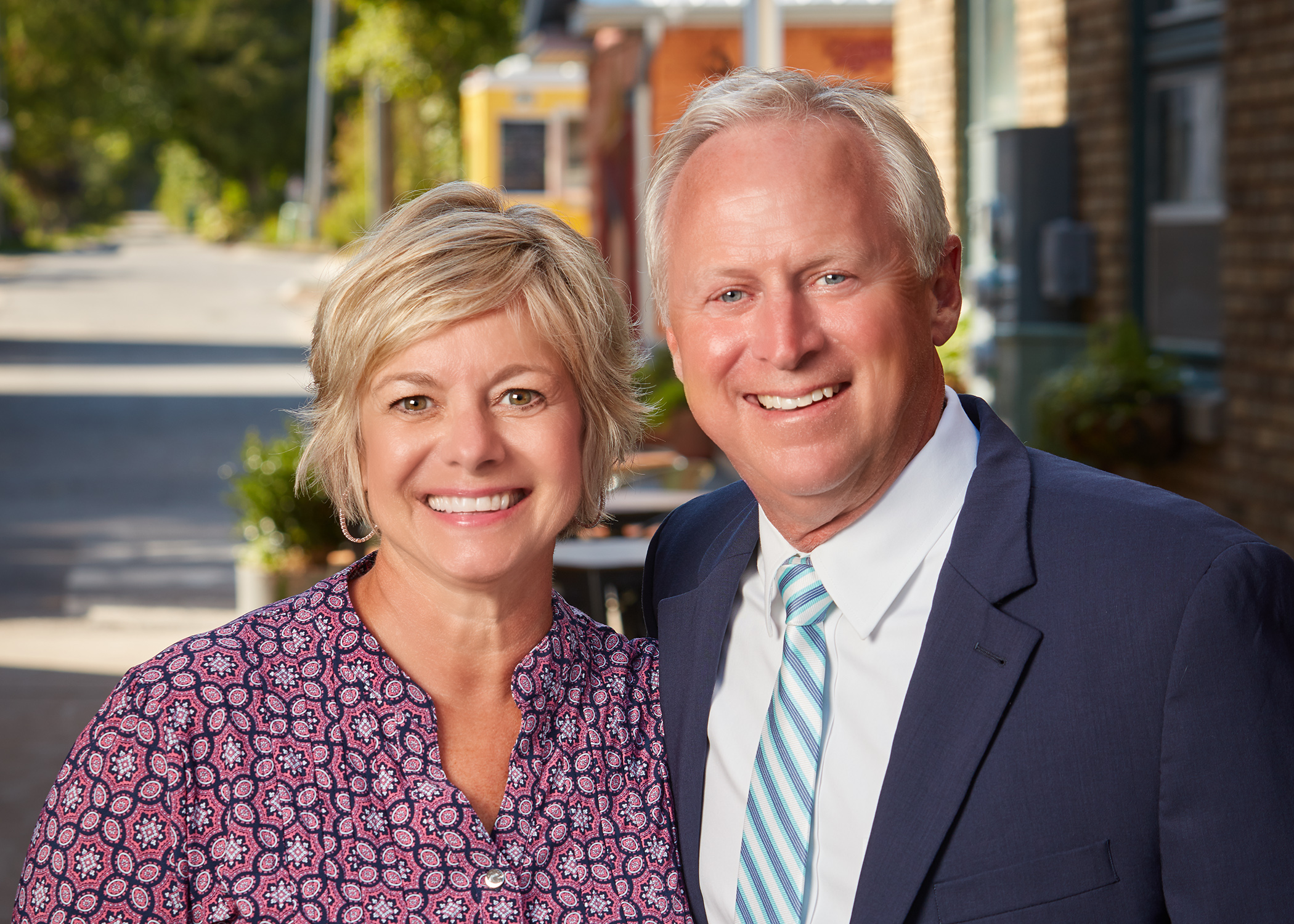 The story began more than 30 years ago, when Chip was offered a job as the school leader at East Jordan Public Schools.  Like many others who have grown to love the area, Chip and and Laura moved from elsewhere and made a life here.

“This is a really good place to get involved,” Chip says of East Jordan.  Laura initially gave her time to community events, such as the Portside Art Fair, and once their boys Eric and Scott became active in sports, she could be counted on to help make each season a success.  Chip’s involvement with EJPS and membership in East Jordan Rotary Club made him deeply intertwined with the community.  Before they knew it, these two were mainstays.

Laura started a part-time job as the administrator of the newly established Charlevoix County Community Foundation in 1993.  “It was just a part-time job at first, but then I got to know more about the work being done by nonprofit organizations to address the needs in the County and met donors who saw potential in this new idea,” she says.  “Then it became more.”

The pair considered moving their family elsewhere as Chip was offered other professional opportunities but decided against it. “We love it here,” says Chip. “We figured that if our kids were happy and comfortable and we were happy and comfortable, there was no reason to leave.  Just this morning, in fact, I thought to myself: ‘Isn’t this just the prettiest place in the world?’  And it is! I feel so lucky to live where we do,” explains Chip.

Chip and Laura made their first gift to the Community Foundation more than 25 years ago.  Gifts over the years since then have allowed them to support causes they care about, to honor others, and to encourage their boys to contribute for the good of the community.  When they revised their estate plan, it felt natural to include a gift to the Community Foundation.  “I believe what we say in the letter we send to all donors,” says Chip, “that gifts - blended together and invested for the long-term – and dollars granted by community members who care to make a difference for people across Charlevoix County – are meaningful, move the community forward, and will leave a legacy of giving for generations to come.”

The Community Foundation can be a personal, powerful, and permanent way to give for any individuals, couples, families, or businesses, but in this case, the impact travels in the other direction as well: Chip and Laura Hansen have had a personal, powerful, and permanent impact on the Community Foundation.  As we say in the community philanthropy field, “For Good. For Ever.”