Lisa Mower Gandelot’s grandparents purchased land on the South Arm of Lake Charlevoix in the 1920s.  Her parents built a cottage on some of the property which was near the original home and boathouse. Lisa spent her summers at her 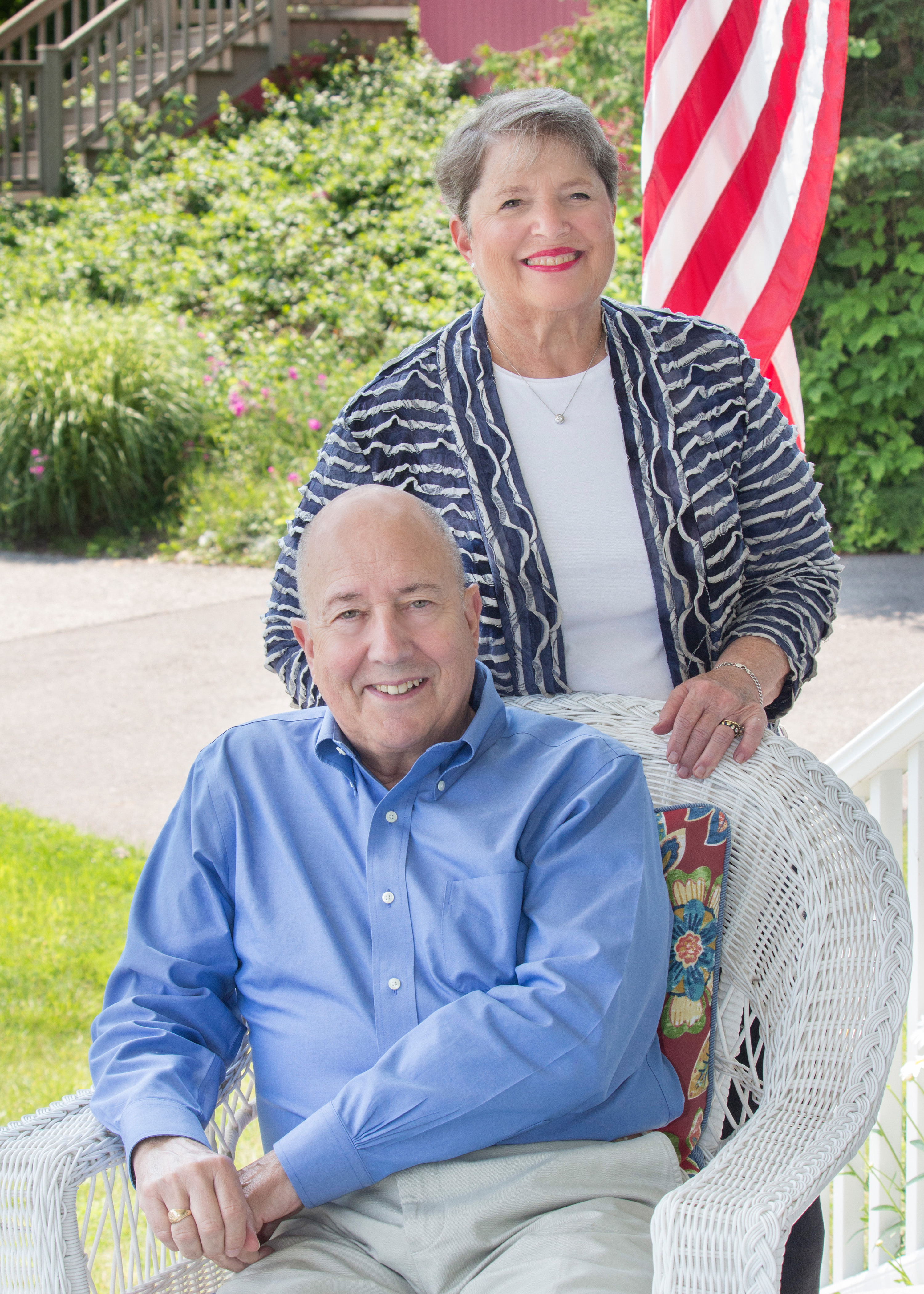 family’s cottage.  “It was a difficult decision, especially for me, when we decided that the cottage should be torn down and replaced with a year-round home,” shared Lisa.  “We were able to integrate items from my parents’ cottage including original stones in the fireplace and furniture built by Jon using some of the pine boards.”  Their home is welcoming and relaxing, which is the appeal for Jon and Lisa. Jon loves his woodworking shop where he spends a lot of time creating and building furniture.

The Gandelots have included a charitable gift to the Community Foundation in their future plans, a field about which these two are particularly well-versed.  Lisa served as a development director in her professional career, raising much-needed charitable dollars for nonprofit organizations in the Detroit area.  She has shared her time and expertise as a volunteer with several local organizations, including the Community Foundation.

Jon is an estate-planning attorney, with specialized knowledge and skills to help individuals and couples create plans for the future.  “In my practice, I have observed that people who leave charitable bequests want their gifts to make a real difference,” says Jon.  “We’re all capable of supporting programs we cherish and impacting the lives of others through planned giving.  Donations of all sizes are important,” adds Lisa.

Jon and Lisa have chosen to support the Charlevoix Historical Society which they care deeply about in addition to an unrestricted gift for grant-making, which will establish the Jon B. and Lisa Mower Gandelot Fund for the Community.  “We can’t anticipate the future – there will be different needs after we’re gone than there are now.  We trust the Community Foundation to address those changing needs with our gift,” says Jon.  With their future gift, the Gandelots will provide for generations to come and build on their connection to generations past.