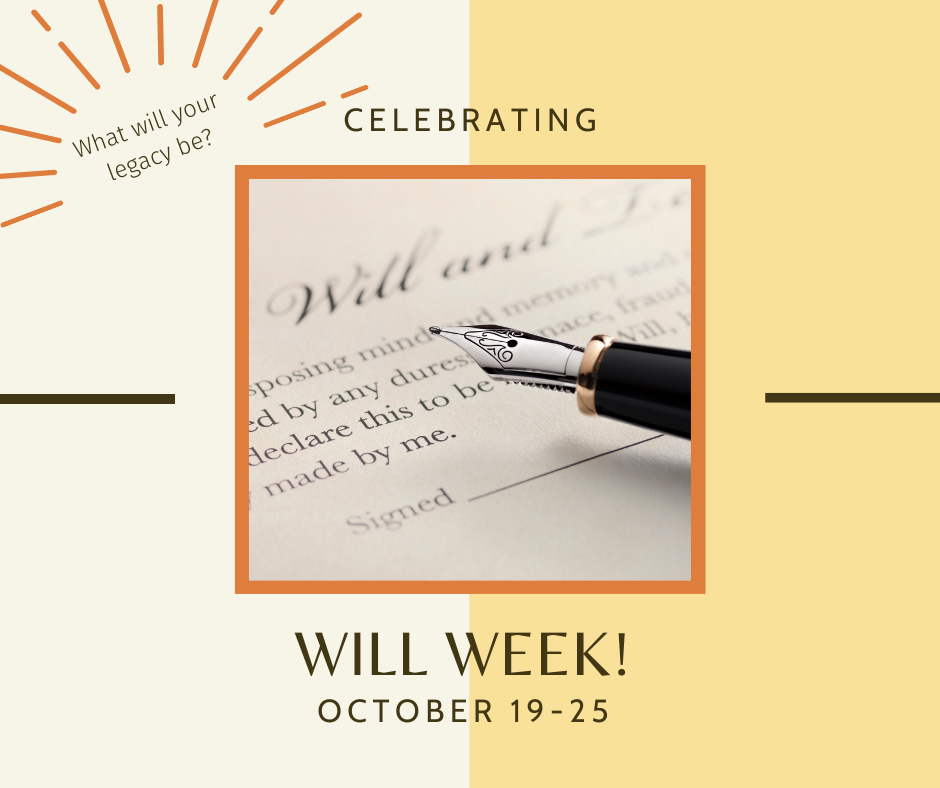 “You can give now or in the future: your Community Foundation will be ready”

Since 1994, the Charlevoix County Community Foundation has partnered with many individuals, couples, families, and businesses who wish to make a difference through charitable giving. The Community Foundation is a trusted partner for future giving - or giving through your will, trust, IRA, or other element of your estate plan like Mr. Steger did.  Future giving is meaningful philanthropy anyone can do because it doesn’t impact a person’s current finances.  Community foundations are a logical partner for those who wish to leave a local legacy because of the mission to work “For Good. For Ever.” No matter how many years pass or how much changes, the Community Foundation will be prepared to honor the individual’s intent to make a difference.

We celebrate “Will Week” in October to recognize how friends and neighbors are working with their advisors and their Community Foundation to leave a lasting legacy.  Mr. Steger worked with his attorney to provide for an organization he cared about deeply. Because of his effort to reach out to the Community Foundation to share his charitable wishes, we were able to implement them with confidence and without delay when the gift arrived.

Mr. Steger chose to enrich an existing fund, but some donors have chosen to establish a new fund bearing their name to do good work in their memory.  For more examples of folks who are making a difference through future giving, click here for a digital version of the Legacy Guide or be in touch at legacy@c3f.org to request that one be mailed to you.

The Community Foundation supplements the work done by attorneys and other professional advisors when we help people formalize their charitable plans. As we celebrate “Will Week” – formally called National Estate Planning Awareness Week, we’re grateful for the many highly-qualified local and regional professional advisors who have helped their clients do this good work.  We’re committed to building a stronger community together, now and in the future.