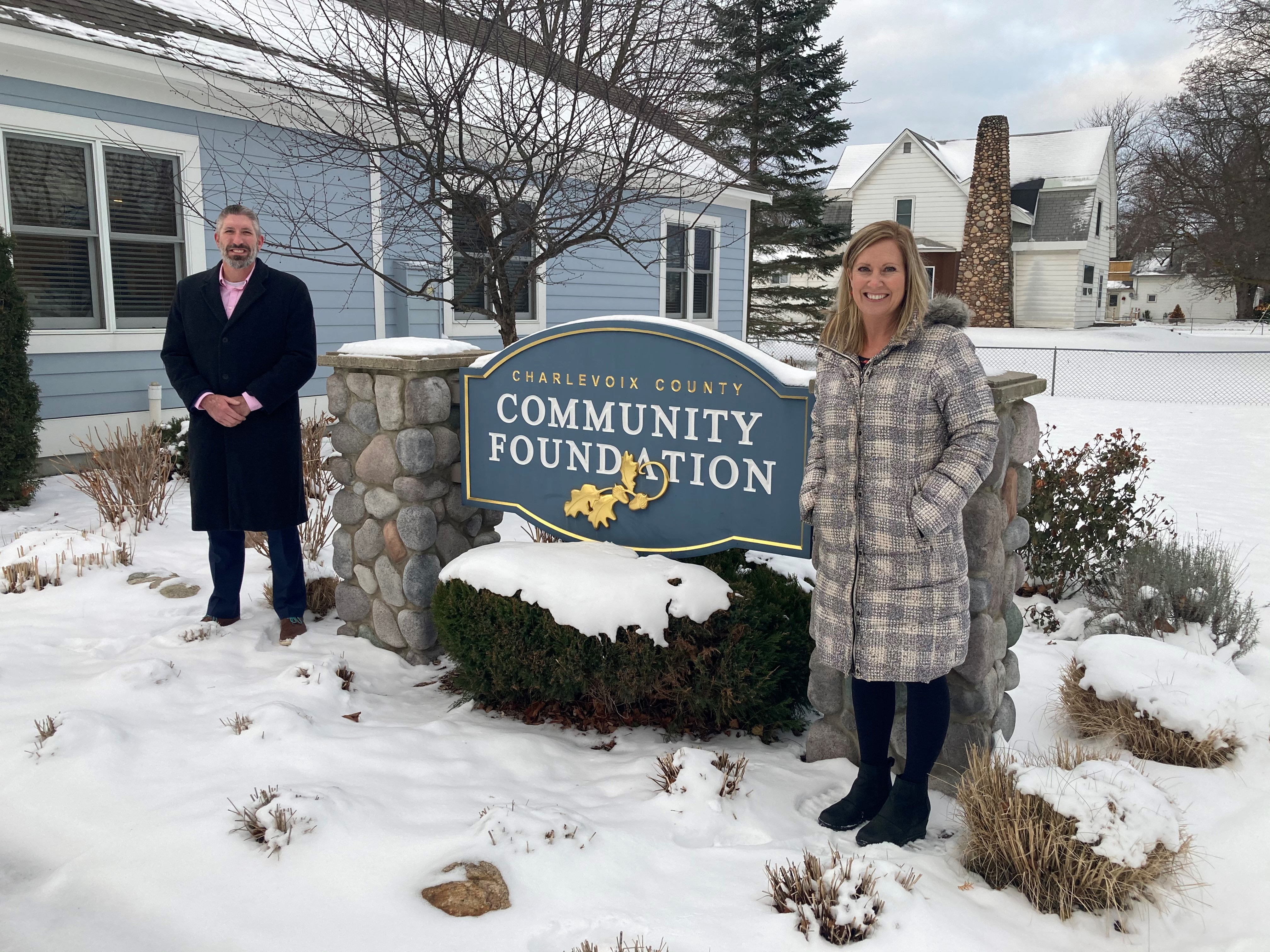 The Charlevoix County Community Foundation is pleased to announce the appointment of two (2) new trustees; Angie Nachazel and Keith Carey, pictured above.

Angie Nachazel has been the secretary at East Jordan Elementary School for over fifteen years. She is an East Jordan native and has been active in the community in many ways. She served on the Miss East Jordan Scholarship Board for 19 years, the Jordan Valley District Library Board, the City of East Jordan Parks and Recreation Committee, EJPS Extravaganza Committee and was also a member of the East Jordan Enrichment Advisory Committee at the Community Foundation.  Angie is married to Scott Nachazel and together they have two boys. Ted is a technical writer for Michigan Scientific Corp. and Jacob is an accounting major at Western Michigan University.  In her free time, Angie enjoys mountain biking or hiking on the local trails and boating on Lake Charlevoix. “It’s an honor to serve as a member of the Community Foundation Board of Trustees,” she said, adding, “it’s such a positive and helpful organization that provides so many resources to help our communities.”

Keith Carey is 4Front Credit Union’s Senior Vice President of Marketing, where he has directed the communication and advertising efforts of the Traverse City-headquartered financial institution since its inception in 2015.  He is a graduate of Alma College, earning a degree in History, and spent his early professional life holding policymaking and small business lobbying positions in Lansing. Born and raised in Charlevoix, Keith returned home in 2007 with his wife, Heather. They have two children – Camden, a freshman at Charlevoix Middle/High School and a member of the Foundation’s Youth Advisory Committee (YAC), and Taryn, a sixth grader at Charlevoix Elementary School.  Keith is active in Charlevoix’s youth and high school football programs and volunteers with the Charlevoix Area Humane Society.  “I’m really excited to join the Board of the Community Foundation,” he said, “and I’m looking forward to doing all that I can to work to  advance the Foundation’s mission.”

Don Jess, Chair of the Foundation's Board of Trustees, is looking forward to working with the new trustees. “Angie and Keith are the kind of thoughtful people who will be great additions to our Board,” adding, “their perspectives and engagement will benefit the Community Foundation as we work to broaden our impact right here at home.”